Little Italy belonged to the things that I really wanted to see when I came to NYC in 2014, but obviously it wasn’t a priority because I didn’t end up going there. That’s why I took the time last weekend to finally visit it, and wanted to show you my pictures! 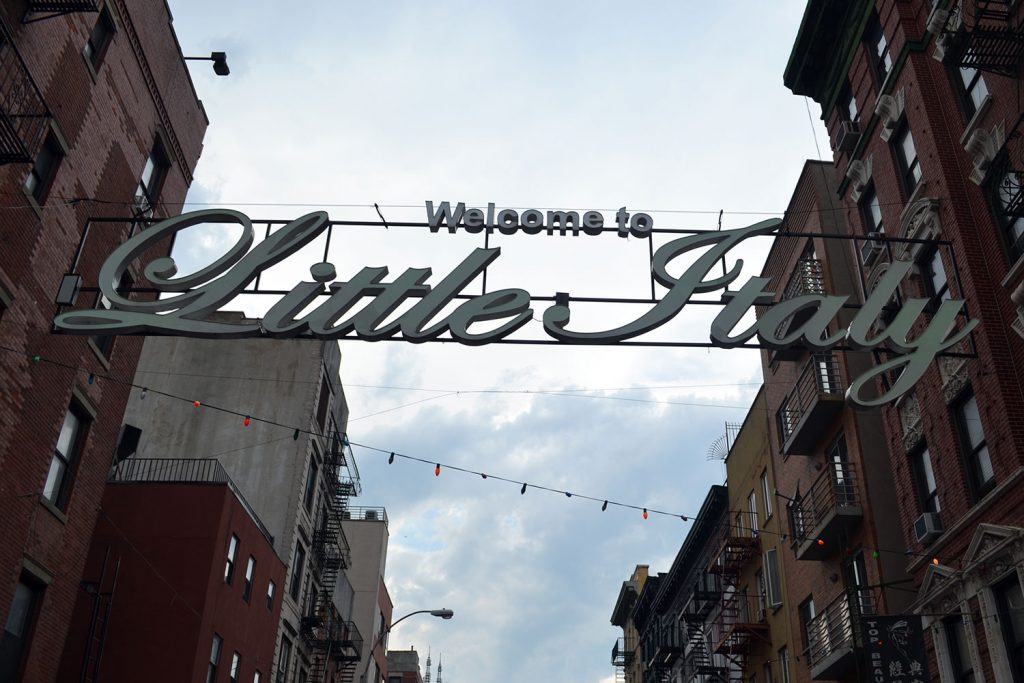 As you might guess, Little Italy got is name from the high percentage of Italien immigrants who all lived in the littel area directly next to China Town, and which is now more or less limited to one street. The result is one Italian restaurant after another, a lot of ice cream, pizza and pasta and (for some weird reason) a big Christmas store. After having a look at the Christmas store (yes, in the middle of the summer…), I just randomly had a late lunch at one of the small restaurants at Mott Street. The food was good, not really comparable to the Italian food you’d get in Italy, but still good – way better than the ice cream at the Christmas store, I have to say. 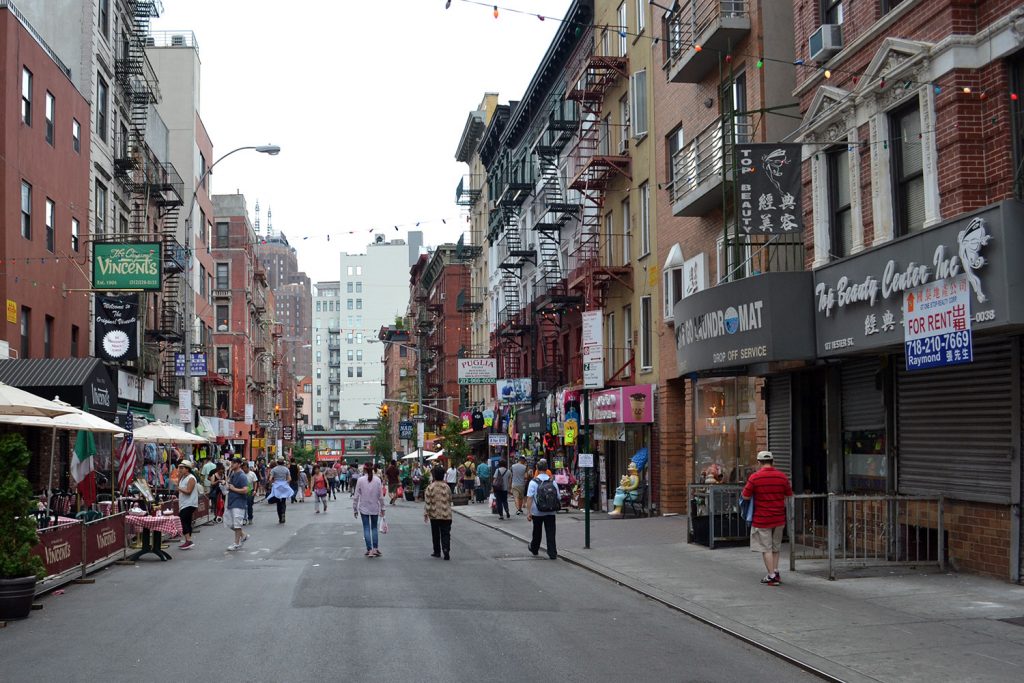 I’d love to have seen Little Italy when it was bigger, because now it’s pretty touristic (but still worth a visit). That’s why, on the way back to the subway, I walked along some of the smaller streets around Mott Street and spotted some nice street art. It’s always worth to keep your eyes open when walking through New York! 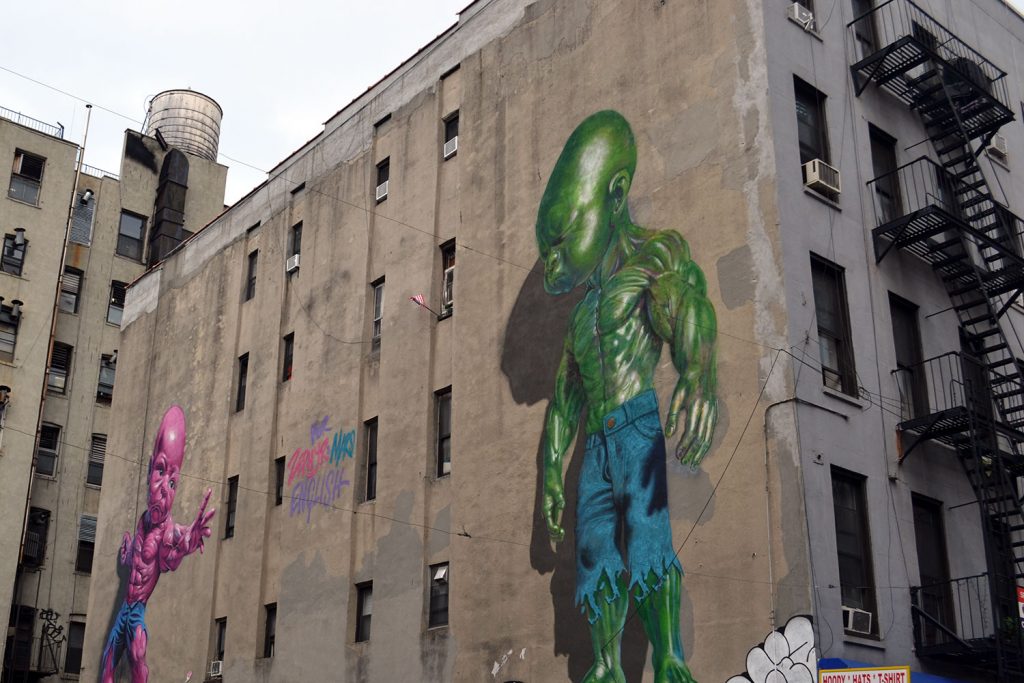 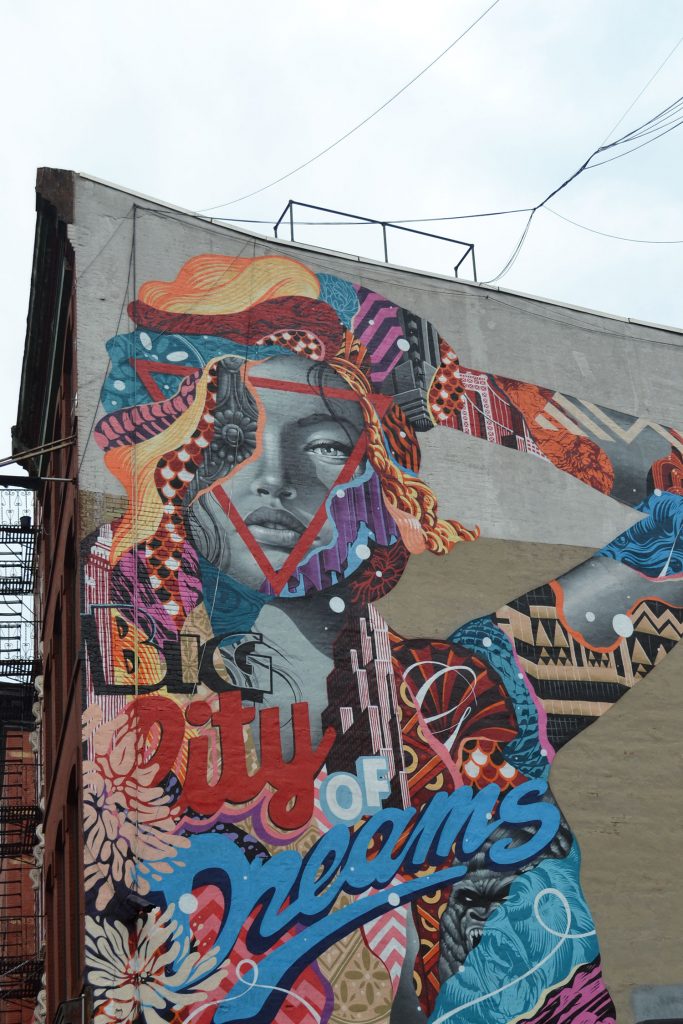