As promised, I am currently working on updating a few posts that have already been published on the blog in German and / or Dutch and translating them to English. One of them is about the great hotel we booked for our spontaneous trip to New York in January 2018. The Financial District has always been one of my favourite parts of the city, even when living in Brooklyn, and therefore I was more than happy that our hotel was located on Wall Street.

The Andaz chain is part of Hyatt and has two hotels in Manhattan: one on 5th Avenue and the second one on Wall Street. It’s really easy to get to the Andaz Wall Street by public transport, meaning just take the subway to Wall Street and walk a few blocks from there. It’s two blocks from the New York Stock Exchange, so the next sightseeing attractions are just a couple of steps away – perfect location to explore the city, no matter if it’s your first time around or you know the city like the back of your hand already. I could also very well picture this as a hotel for business travel. We were really lucky to get a room on the short term, especially as we arrived on New Year’s Eve, but booking the whole week, we got a pretty good price (and an upgrade!). 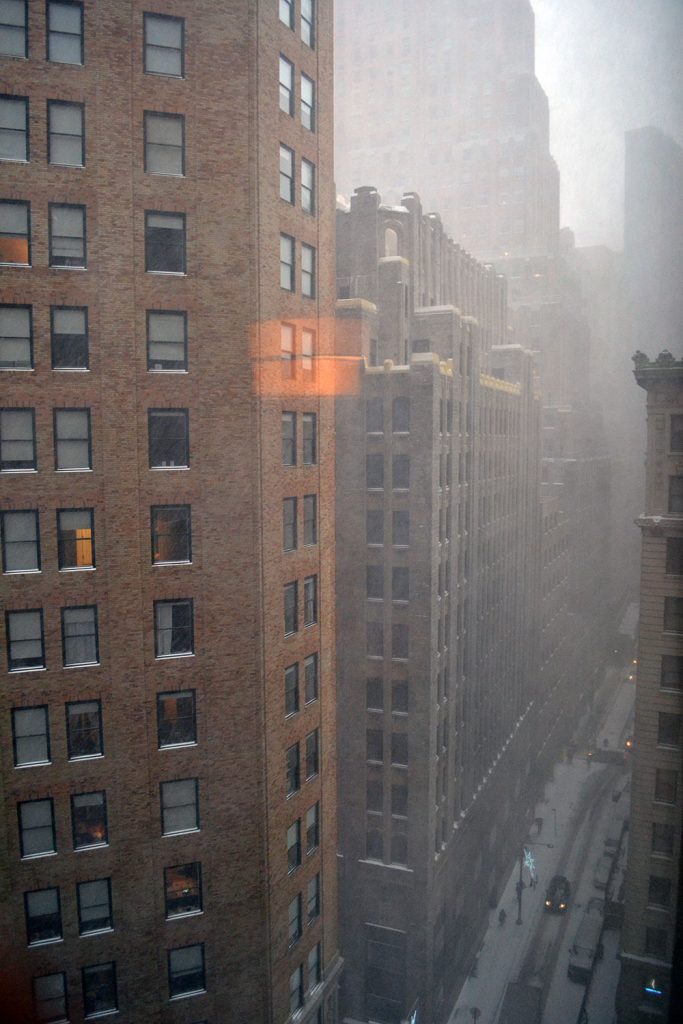 The hotel staff was very friendly, and gave us an upgrade on arrival. Once in the room, I first went to sleep for some hours, as we had left the Netherlands very early in the morning with hardly any sleep – after all, it was still the day after our wedding. That’s also why I don’t have many photos of the very spacious and comfy room. We had enough space to place our two big suitcases easily, a big bathroom with shower and bathtub, a closet and little kitchenette kinda thing…it was just amazing to have so much room. After our first visit of the city in 2014, we expected a lot less, as our hotel only had very small rooms with hardly any space to put our suitcases.

My highlight was definitely the sitting cushion on the window – I could look down on the busy streets and at the office buildings around me. Especially amazing in winter with all the snow outside! 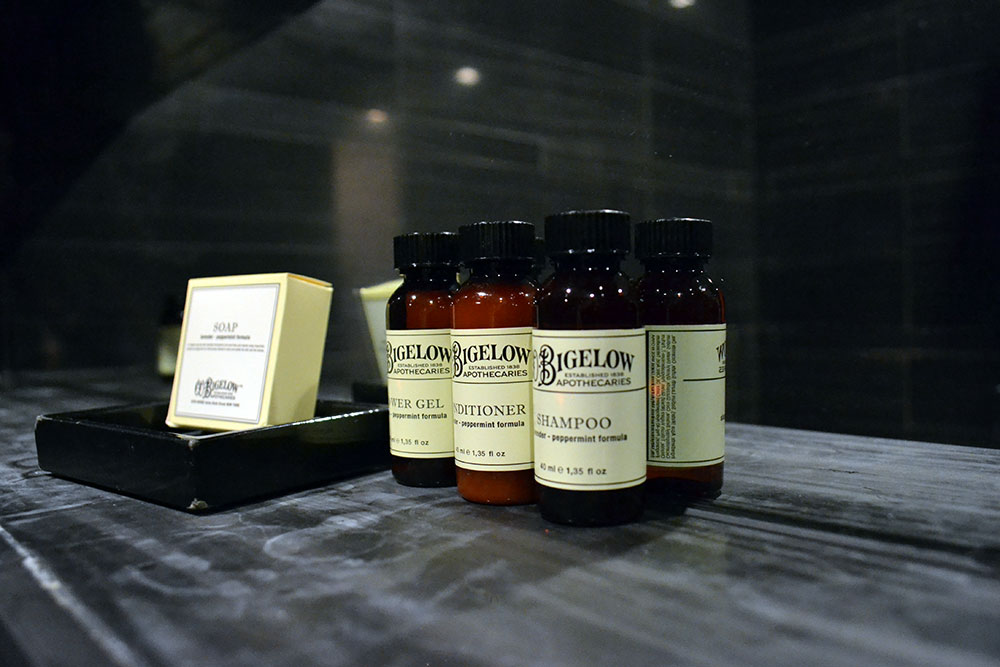 I can’t say too much about the restaurant at the hotel, as we did not eat there. In the Financial District, there are enough other possibilities to have breakfast, lunch or dinner, so we never even tried the food at the hotel. That’s been said, the restaurants in the area are really good and you can find a lot of different things, starting with Avocado on Toast for breakfast or having a pizza slice on the street. What I loved was that the mini bar was always refilled and non-alcoholic beverages were free – a small service to do in a hotel, which can make all the difference in a city, where you cannot really drink the tab water (I know this qualifies me as a foreigner, but the tab water in the city just tastes like taking a sip from a public pool to me).

The only little complaint I had was, that the fire alarm was broken. Meaning: it went off once, and after investigating they luckily found out that it was false alarm. The problem was, that they were not able to take it off straight away, which lead to some uncomfortable minutes in our room. It was in the middle of the day, where most travellers would probably not be at the hotel, but for us with our big jetlag, it was a little annoying. On the other hand, I’d rather stay in a hotel with a fire alarm going off too often than in one with a fire alarm not going off at all.

Have you ever stayed in the Andaz Hotel in the Financial District in New York? Or do you know any other hotels in Manhattan that are worth staying there? Currently, we don’t have another trip scheduled, but you never know what is coming next!

XX from the Netherlands