The One World Observatory, which is the observatory of the One World Trade Center, was something that I already had on my bucket list when I first came to NYC in December of 2014. But back then, I didn’t have enough time in the city to do everything I wanted to do, and also the observatory wasn’t open yet.


When I moved here, I had so many things that I wanted to do, but somehow I didn’t just want to go up there at any random weekend – I wanted to go when it was nice weather to have a great view, it had to be during the day as I did the Empire State Building and the Top of the Rocks at night…so I grabbed the chance when my little brother was visiting!

And the view from the One World Observatory was really great! Of course it was different from the others I had enjoyed so far, just because it was during day light and not in the dark, but also because you are just at a very different area of the city. 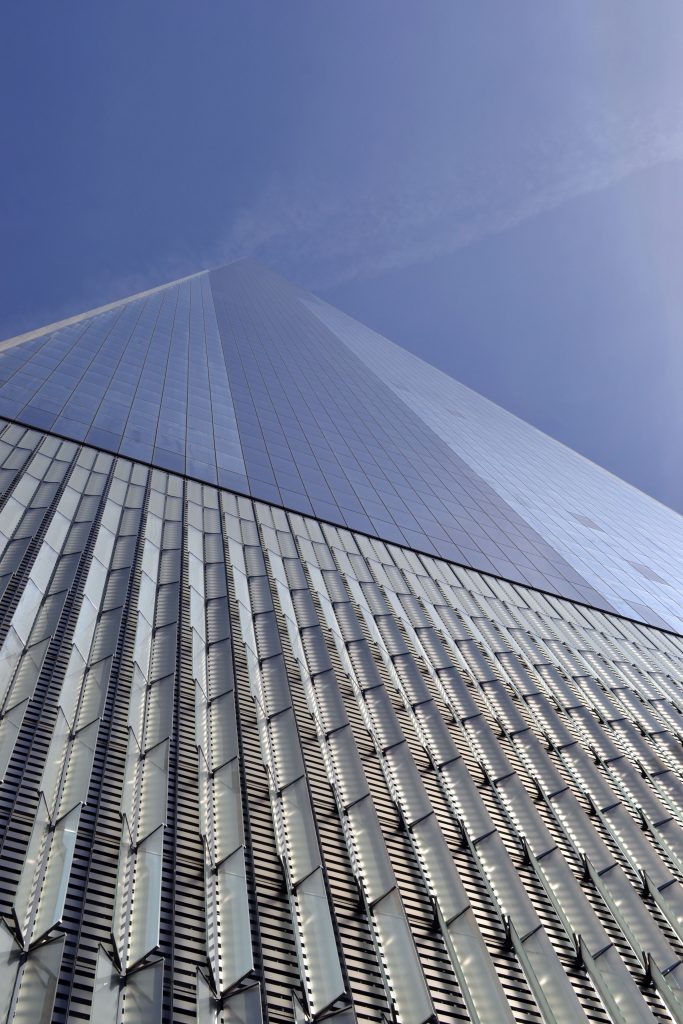 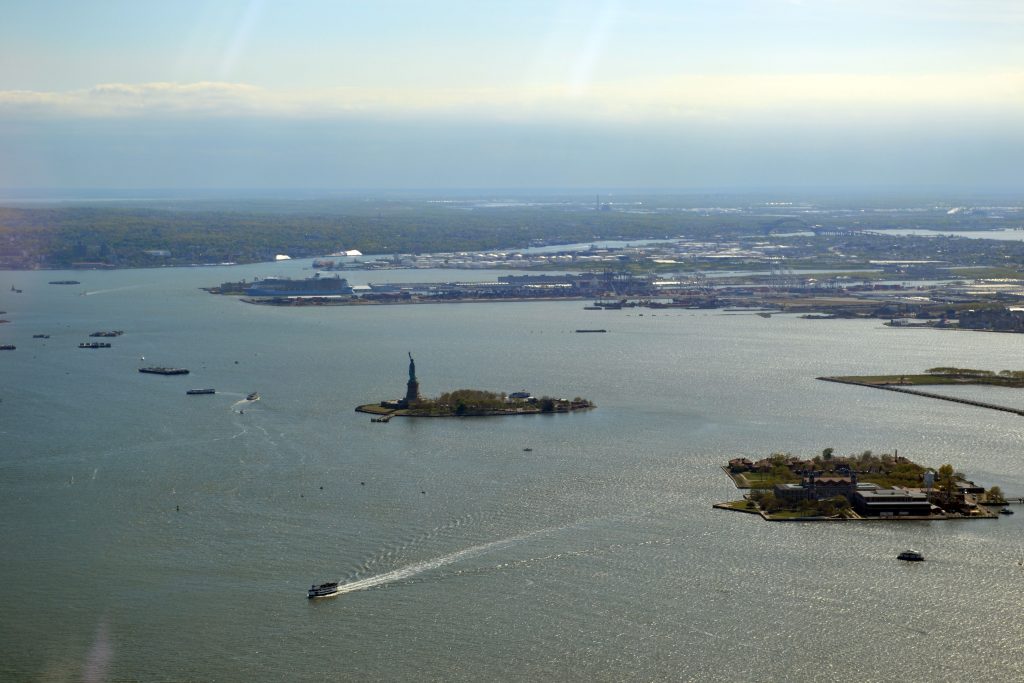 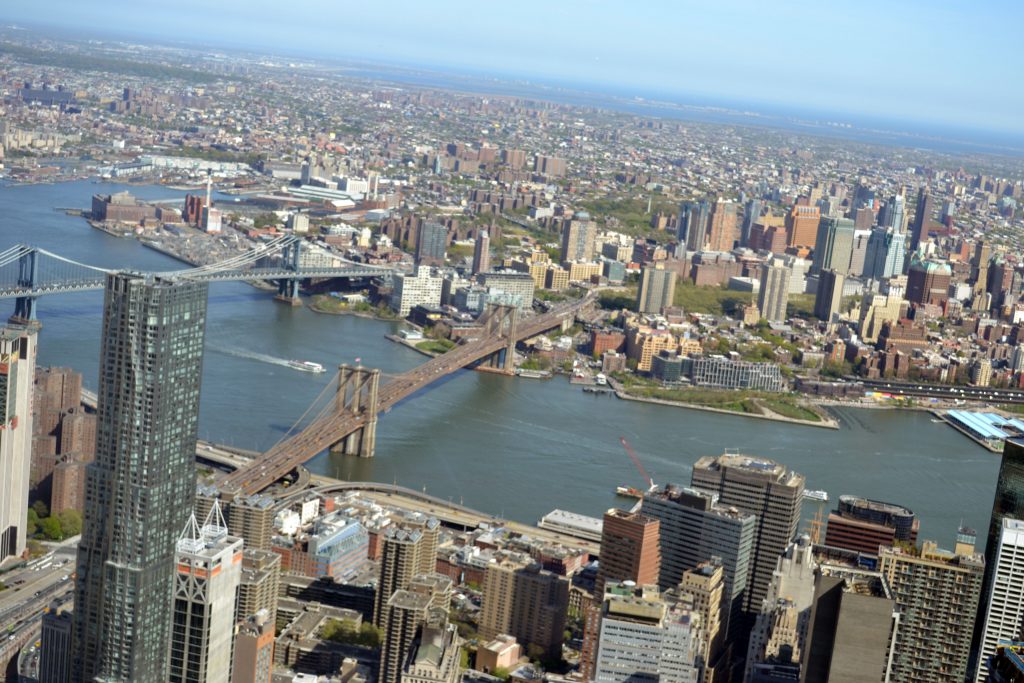 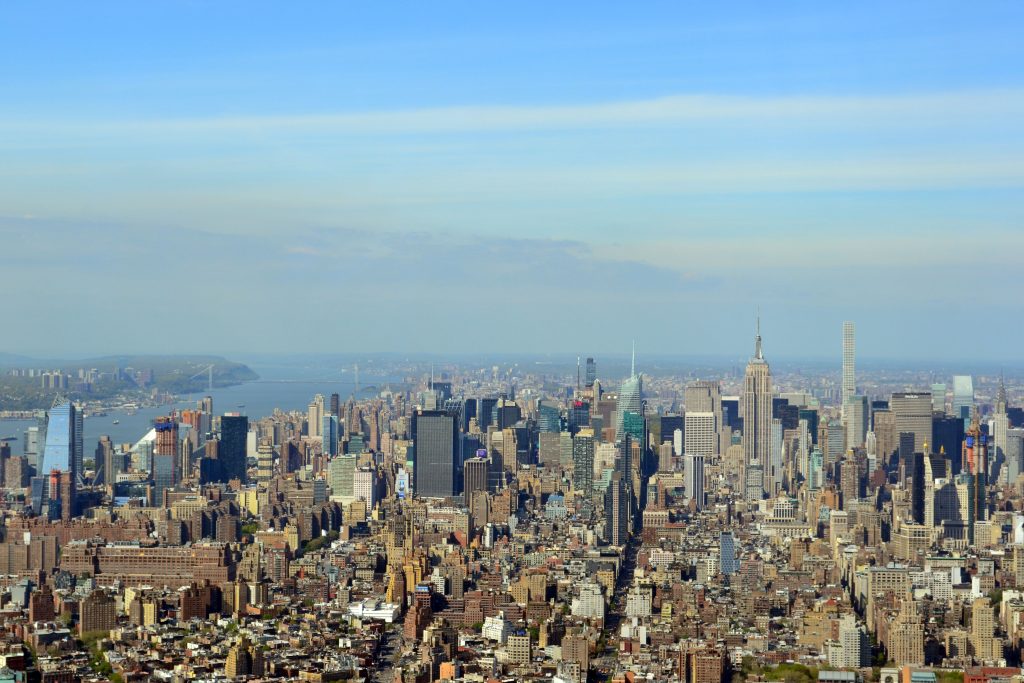 Even on the Saturday we got up to the One World Observatory, there was no long waiting time, maybe 30 minutes in total (for getting the tickets and then waiting for the elevator). The elevator is definitely cooler than the one up to the top of the Empire State Building or Top of the Rocks, because it shows the development of New York in a huge animation that covers three of the walls of the elevator. We have been told to close our eyes in case you get dizzy of sick easily, but it’s totally worth it to see during the 47 seconds the elevator needs to reach the top.

One of the most important aspects of any observatory is, of course, the view. And the one from the One World Observatory is just amazing! Obviously, you are closer to the Statue of Liberty than when you are on one of the other observatories, and it’s also cool to be in the middle of the Financial District. Also, I enjoyed the view of Brooklyn more this time – mostly, because back in 2014 I was just so impressed by all the rest that I couldn’t take it in. But now, as I am also living there, it was just great to look at it from up high. 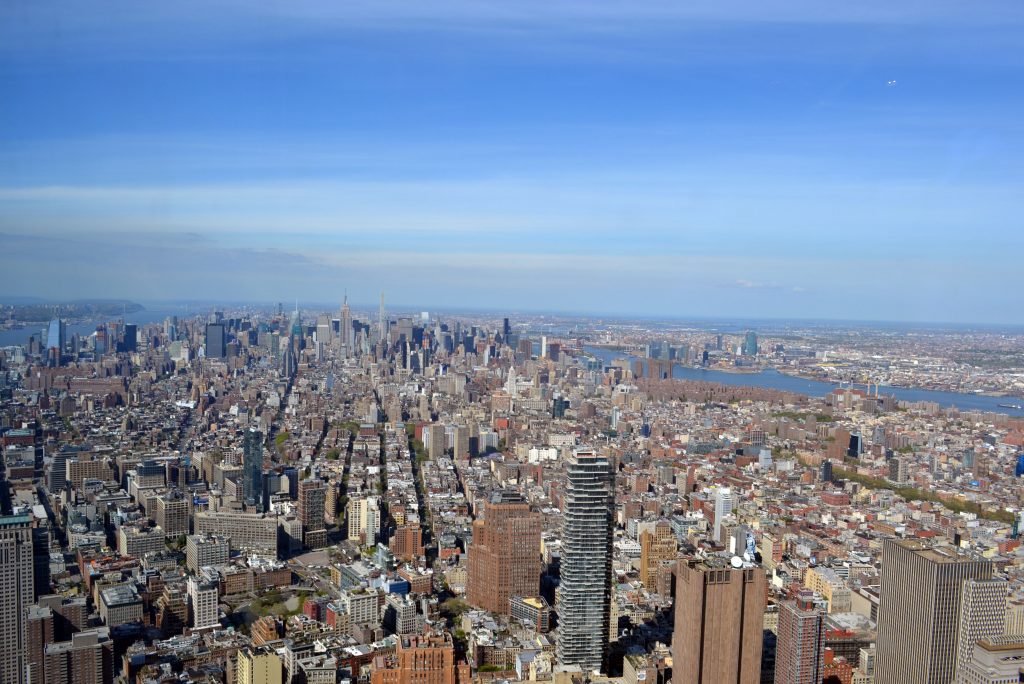 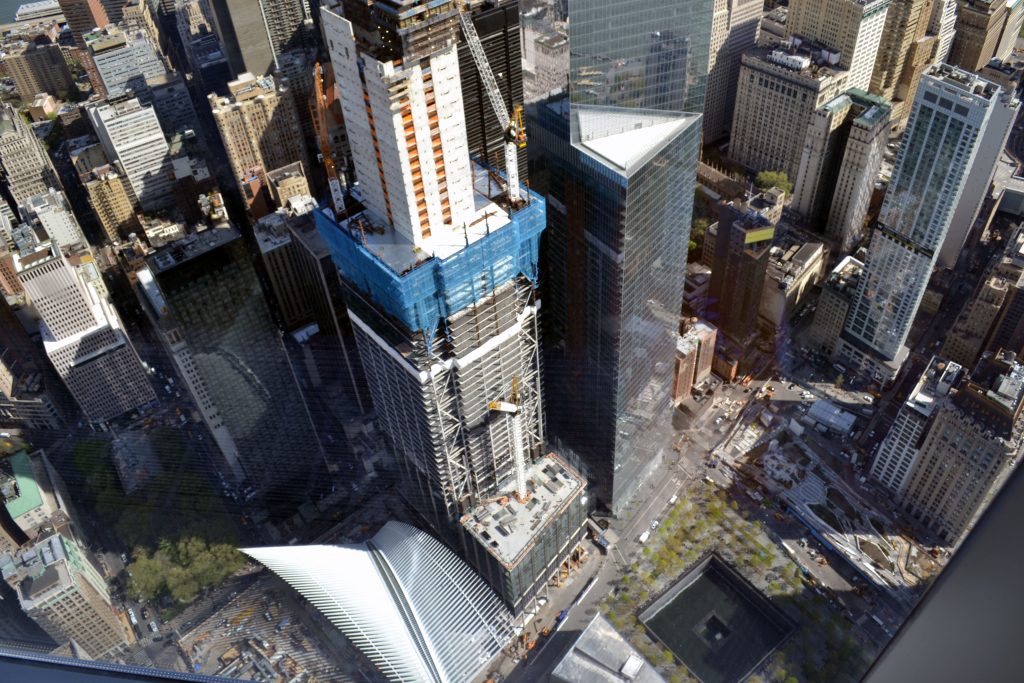 One World Observatory – an alternative to Empire State Building?

I have to admit: I’m undecided. The view is great, but somehow, the Empire State and the Top of the Rocks are still more iconic. So I’d say, if you have enough time and money to spend, do all the observatories. But if you have to make a choice, stick to the classics…

But there is one big advantage when you go to the One World Observatory: if you have $15 to spend, you can borrow an iPad that tells you at what you are looking from any given point on the observatory. We didn’t want to spend more money after having spent $32 (no student discounts!) per person, but some people used it and they seemed to enjoy it.

Have you visited the One World Observatory yet? And if yes, how did you like it?