When I travelled to Milan with Maren, we both wanted to eat very good pizza – that means, not in a place where all the tourists come and you pay way too much for a pizza that is about average – but a really good one. In a place where locals go and eat their pizza. After researching in our guides and on the internet, we decided to go for a pizza in a place called Pizza OK and had the best pizza ever! 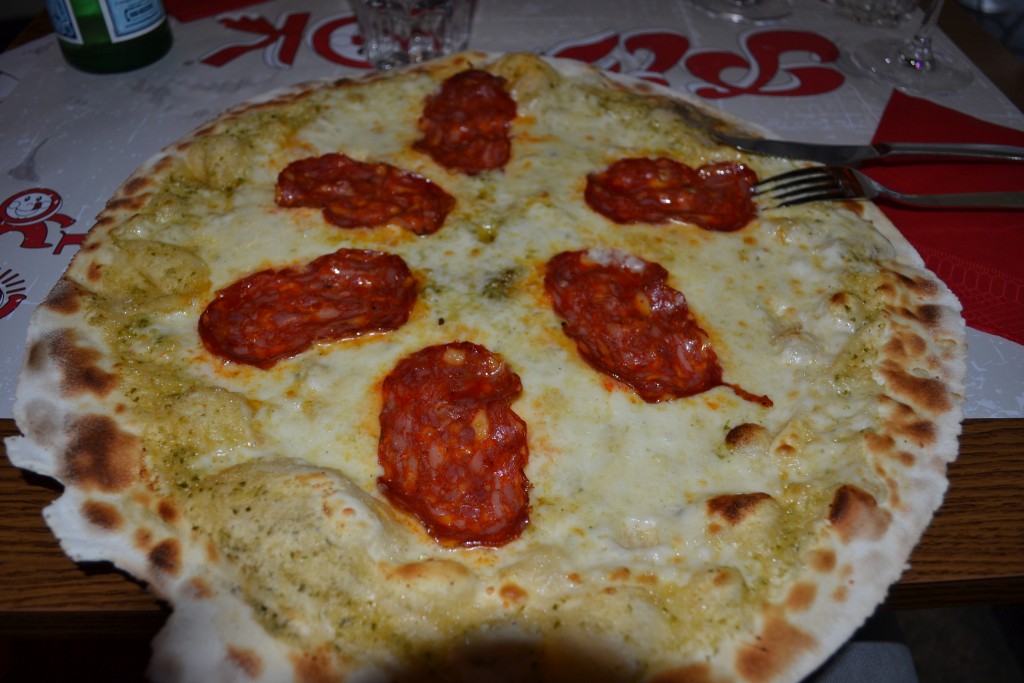 We already had read on the internet that you shouldn’t be suspicious because the place doesn’t look like a very good restaurant – it looks more like some chain with cheap pizza. Actually, the pizza is really cheap, but the place is awesome – I never had a better pizza in my life. It was so good that we came back the next evening.

It was good that we got the menu in English and that we arrived at half past 7 because 15 minutes later, suddenly many locals arrived (we were kind of the only tourists) and the place got so crouwded that we were happy that we already ordered. Which was not very simple – even if the waitor spoke English, it was very hard to decide on a pizza because they had like more than 100 different. Some of them were no option for me – but still that left so many choices that I needed some time to think about it (but seriously – who orders pizza with tomatoes, cheese and strawberries!?). 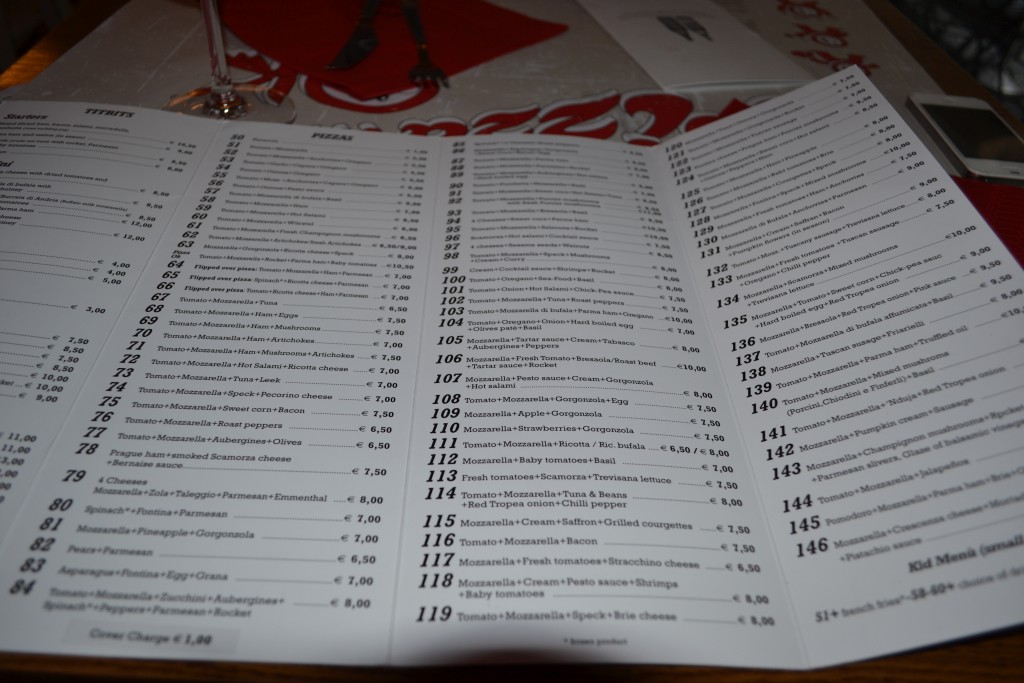 Even with our Aperol Spritz before the dinner and an Espresso after, and the two very big pizzas and a bottle of water we only paid about 30 Euros in total. We didn’t ave any desert as it was just not possible to eat more – and after our Espresso we headed directly home to fall into bed.

So if you happen to be in Milan somewhen, consider visiting Pizza OK for lunch or dinner to have very good and cheap pizza! 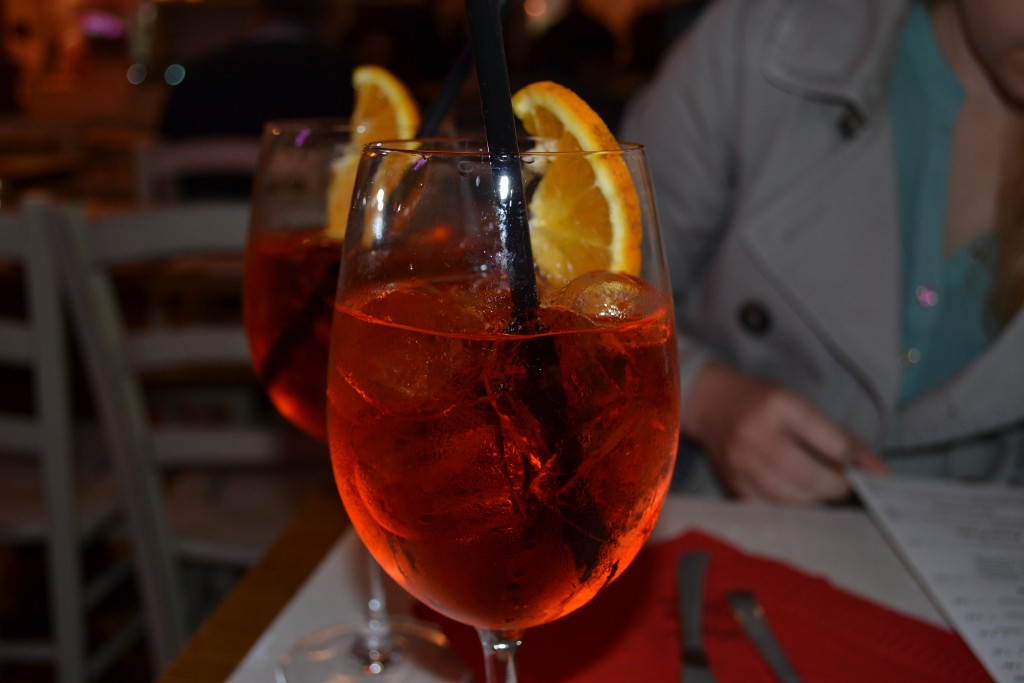