Even if it has already been some time since I visited Waterloo with two other interns, I did not have the time yet to write about a great restaurant where we ate during that lovely day: L’Amusoir. Without the hint from the tourist information center (which is located next to the church and opposite of the Wellington museum), we would not even have had the idea of walking into that direction or visiting the restaurant. From the outside it did not look really as what we expected after what the nice lady at the tourist information told us, and we were thinking about leaving when we decided to give it a chance.

When we entered, there was the first surprise: The restaurant was bigger and far more modern than what we firt expected. But the highlight was the terrace: you do not have the slightest idea that you are kind of close to Brussels, but feel rather as in the middle of a forrest, with tables spread over different levels. This look and the nice day convinced us that we should definetely order something to eat as well, and just enjoy this nice place for some time longer than just for a drink. So if you have the chance: visit this nice restaurant on a sunny and warm day, as the terrace is really worth a visit. 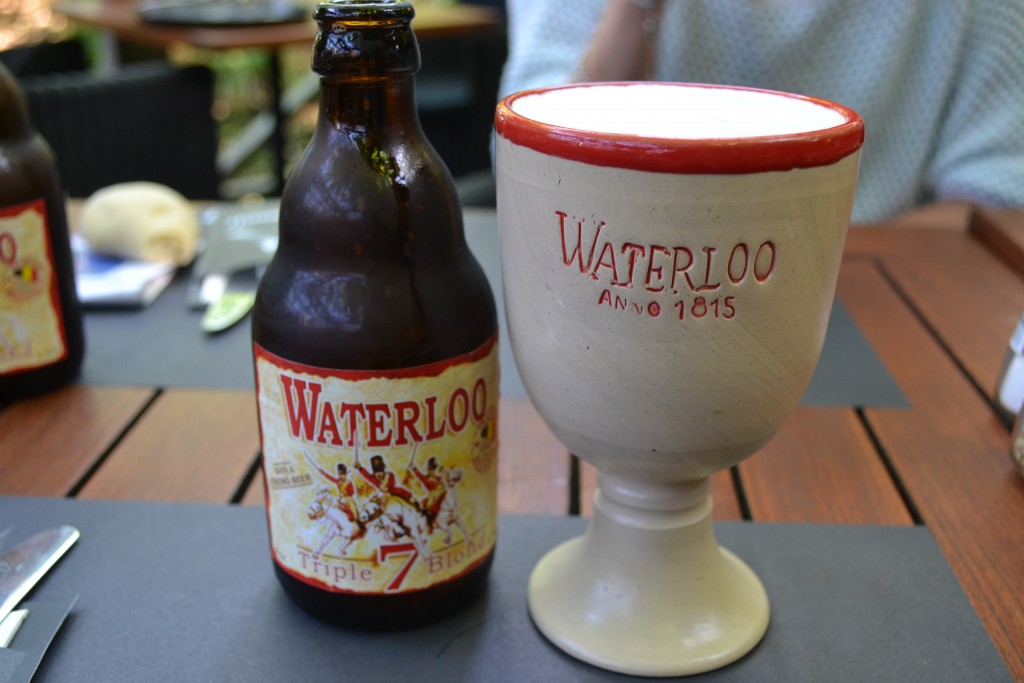 As we were in Waterloo, we ordered the typical beer, Waterloo triple, which is really good. We all chose for a hamburger, but the menu was various (not everything was within our budget, though). Both, beer and burger, came quickly even if the restaurant was quite crouwded, and it tasted SO good…if you made me choose between Ellis Burger and L’Amusoir, I could not tell you which I would choose. But they also have enough choice for people who like to enjoy other things than burgers 😉

So my conclusion: definetely worth a visit when you happen to be in Waterloo!