At our first day in Milan, after we had our first ice cream, Maren and me discovered a small Café not far away from the dome, which didn’t only look good on the outside but also on the inside. As we had just finished our ice cream break, we didn’t want to have a second break directly, so we decided to come back the next day, as it was really close to the center, and have a coffee here. 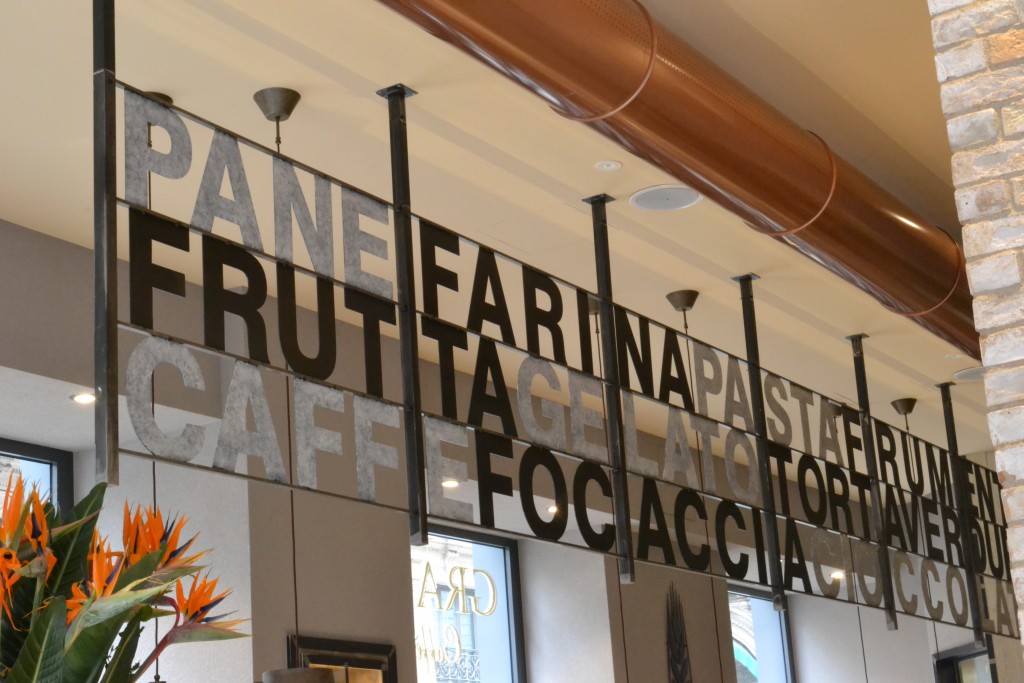 Basically, I don’t like coffee, but I ordered cappuccino, and, surprisingly, I really liked it! We also ordered small pastries (Maren had something with fruit and I had some with pistachio and one with chocolate, both were very good!), and were surprised by the prices: even if the place is close to the dome and therefore close to an area where lots of tourists come along, the prices are low with a cappucciono for 1,50€ and pastries from 0,80 €.

After Maren had gone to the bathroom she told me I should also go there – just because even the bathrooms fit perfectly with the style of the rest of the café. Plus, if you ever need a clean bathroom in the city center of Milan, you should go there. 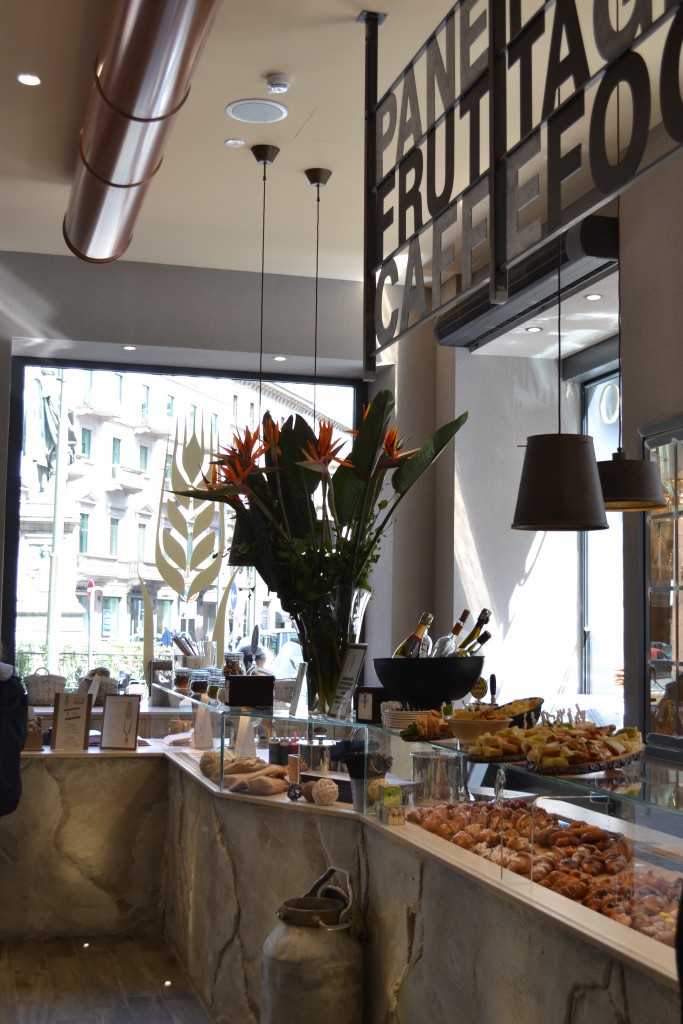 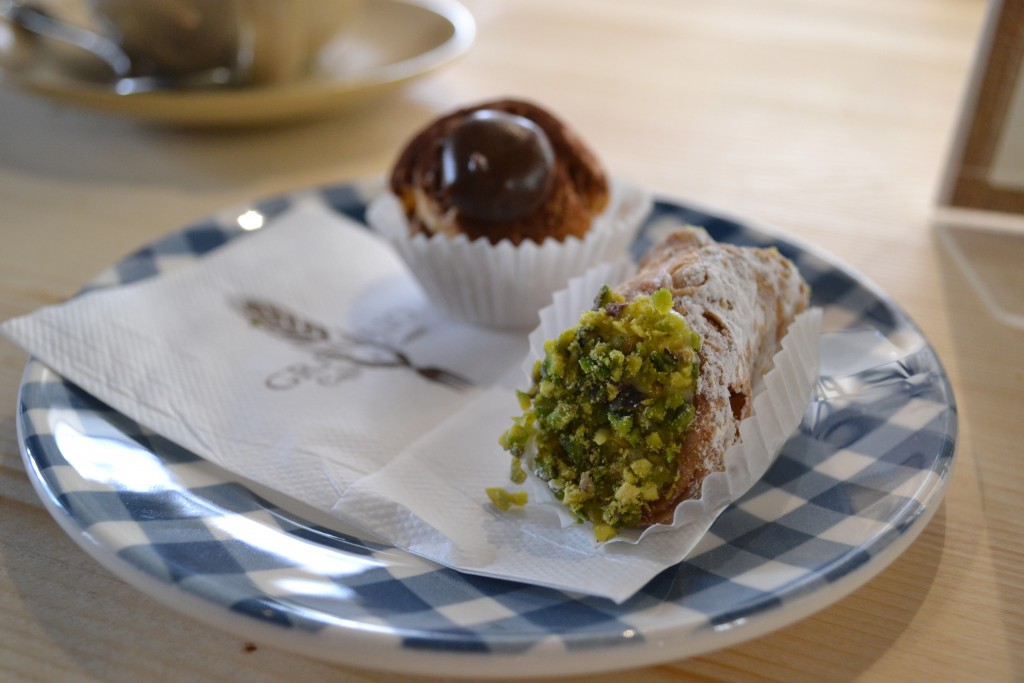 You could also buy pasta, jam and other things in little jars there, but we didn’t, because it wouldn’t have been able to take it home in our carry-on luggage – but it looked good and all the items were also used as decoration, which was kind of nice. Plus, it was not only a café but also a restaurant where you could have pizza and everything – but I have to admit that the pizza didn’t look as good as at Pizza OK, so we decided not to have something to eat there. 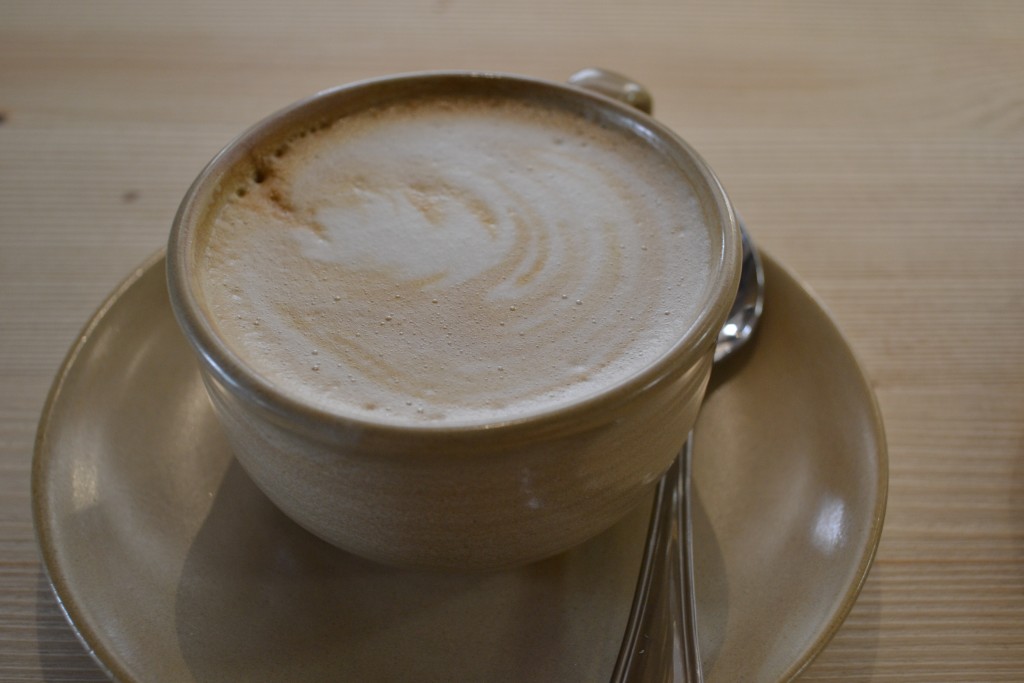 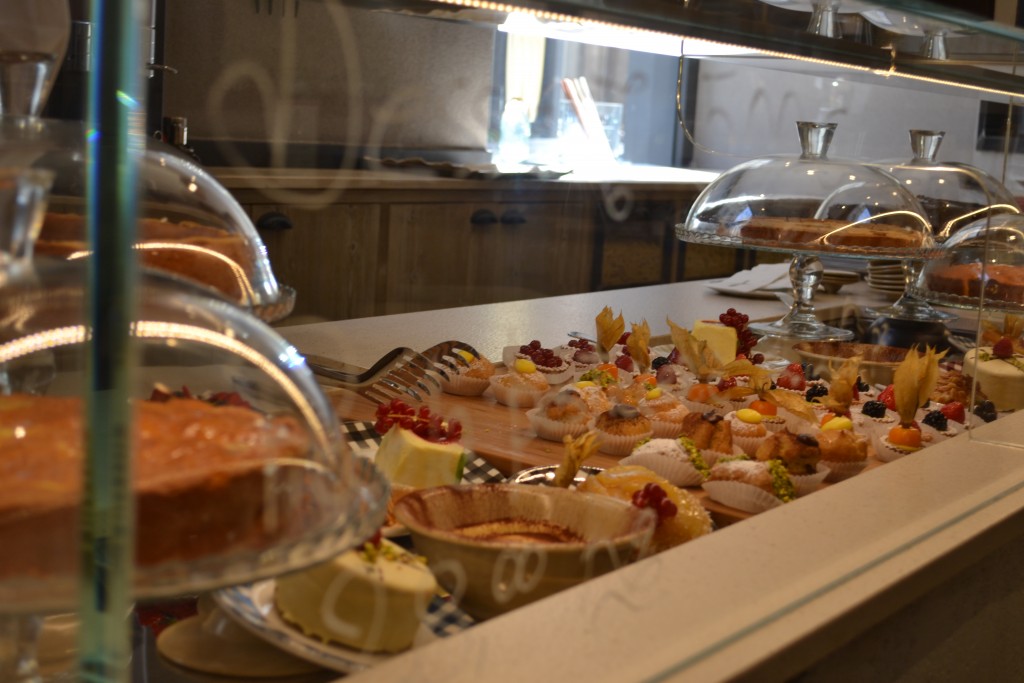 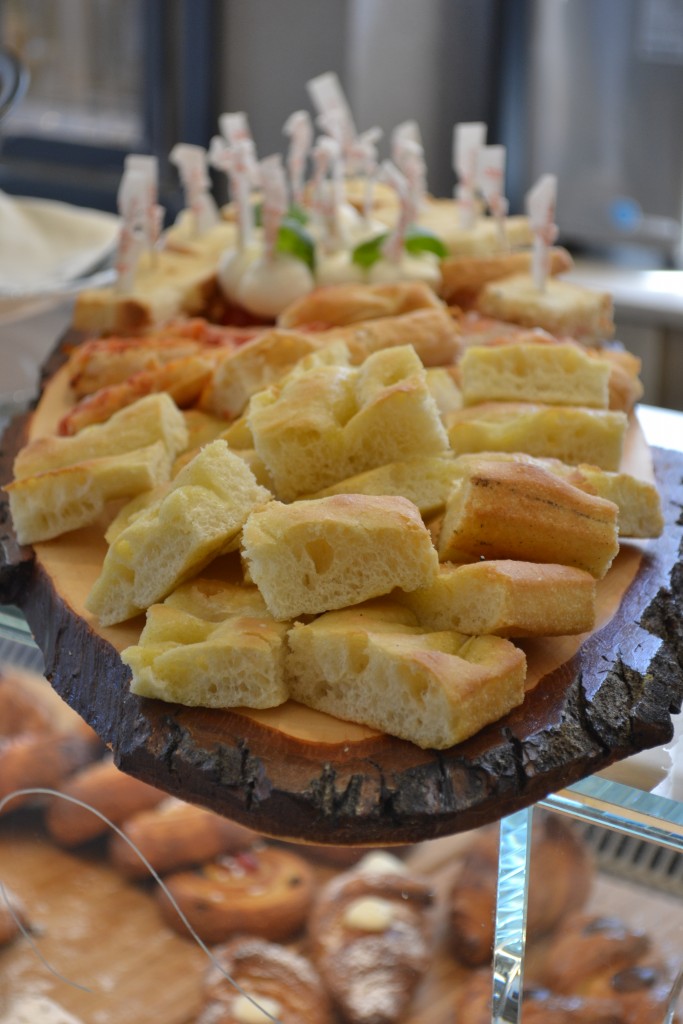 Still we came back the next day for another cappuccino, which was again very good. I liked that, even with some tourists coming in for something to eat or drink, most of the guests were locals. For me, that’s alawys a sign that the prices are good and that this place is one of the better ones in the area. 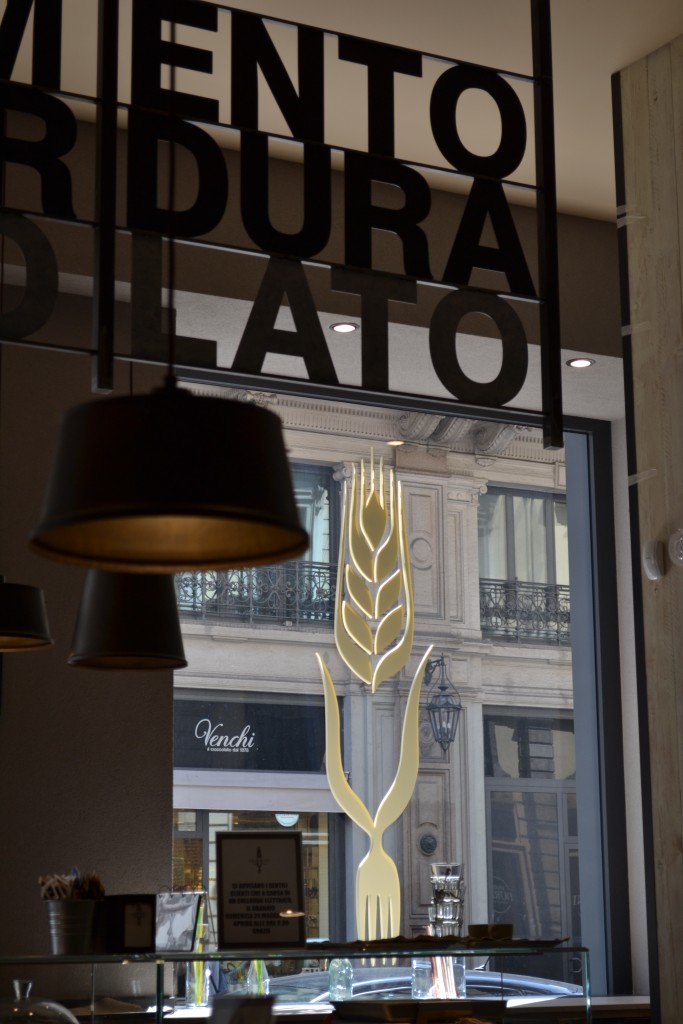