As everywhere, of course we needed some dinner from time to time during our amazing holiday in New York City, and we found some restaurants I will talk about here. As always, this is my impression and there are certainly more good restaurants, for sure in New York, but I would like to share those I visited and liked with you.

The first restaurant I would like to talk about is Ruby Tuesday, which is located directly at Times Square and serves great Spare Ribs (so great that we went there twice and I ordered the same dish…) for a price we did not expect at this location: we thought it would be quite expensive, with all the tourists walking around and looking for something to eat. But with about 35$ we did not only get those amazing Spare Ribs (the other dishes are about the same price), that we declared to be better than those in our favourite restaurant here in the Netherlands, but also a drink and a dessert (which we shared after the main dish, it was just too much). Also, the service was nice and even if it was really crouwded the second day, we got our drinks refilled all the time etc. 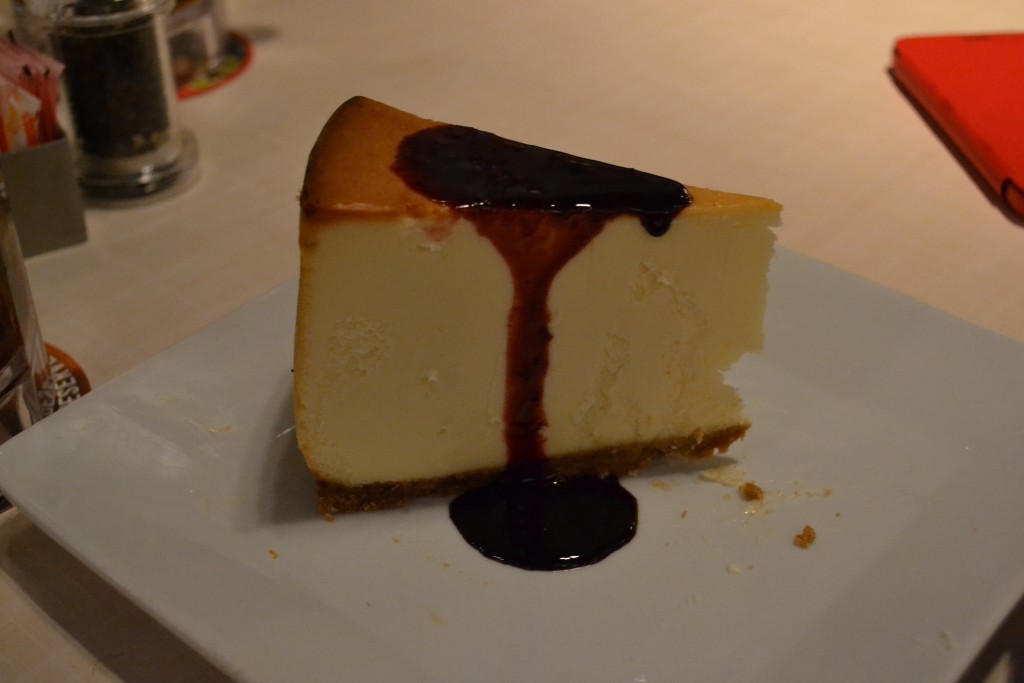 I don’t really know if the other dishes are as great as the Ribs, but after two days we decided to try something else, just because we kind of had enough of burgers and meat all the time, but directly after we came back, we wanted those great Spare Ribs again…

The first time, we came during the week and the holidays had not yet begun, which meant that we did not have to wait at all to get a table, but the second time took as about 40 minutes of waiting, as it was a Friday evening, and there were much more people. But as there are quite many tables upstairs, just check out the waiting time before leaving immideatly just because it is crouwded downstairs.